When the E Banana wins, everyone wins! 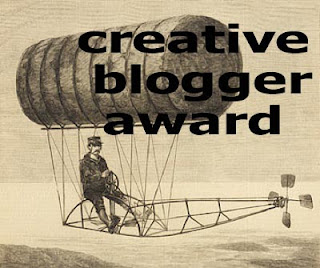 I'd give this award to all the coolest and best blogs i know (which is everyone i follow and that follows the EB) but seems i have to pick only 7, which isn't easy.
House of Cobwebs' Karl La Fong bestowed this award on me now i bestow unto these seven great blogs that i read everyday.

Calvin's Cave of Cool http://calvinscanadiancaveofcool.blogspot.com/ I love Cal's sense of the absurd and his passions for all things Selena Gomez and his stand against the most evil of creatures in the sea, no not SpongeBob Squarepants but the sneaky evil Octopus. Make Cal one of your daily stops, you won't regret it.

Electronic Cerebrectomy http://samuraifrog.blogspot.com/ Samuraifrog like Cal i consider a Blog friend (although we've never met but it seems like we have) and his blog and tumblrs are all must reads ( i include his wife's blog and tumblrs in this award too). Though provoking, fun and filled with beautiful things ( like some really great women..can you say Selena Gomez? to pick one). Check the blogs and tumblrs out and follow them today.

The Percy Trout Hour http://doplacebo.blogspot.com/?zx=65cf54d6868cc77f Percy Trout's aka Kenn Minter blog is one of the first blogs are started reading here on the bloggerverse. Full eccentric posts,beautiful women (mostly NAKED so there's an Adult blog warning to the place) and lots of his art and writings (he's the creator of "The Experts" comic). Check him out!

OK bending the rules again but the next award goes to Mykal Banta and all his great comic blogs like Big Blog of Kid's Comics http://www.bigblogcomics.com/ and Gold Key Comics http://www.goldkeystories.com/ and Star-Studded War Comics! http://www.comicbookwar.com/ to name just a few. All great and full of memories, he does a great job.

Adventures In Nerdiness http://adventuresinnerdliness.blogspot.com/ Darius Whiteplume's excellent blog and his Tumblrs deserve a nod. I mean Nerd Girl of Note, Hotties of Yore are features not to be missed! Recommended!

Caffinated Joe http://wings1295.blogspot.com/ Wings runs a good horror related blog and a tumblr ( bending the rules again since this is a Macabre Drive-In Theater blog choice for the award but hey who's gonna stop me?) check out Joe's blog (my that sounds a bit rude dosen't it, oh i say).

and last but not least Retrospace http://my-retrospace.blogspot.com/ Gilligan brings up so many good memories with blog and yep he's got a tumblr also. Well deserved award winner.

I wish i could add more like Eye Of Polyphemus (we don't agree on much and we've butted heads but this America),Ranting and Raving Larry's blog is a great vent for him, The Tainted Archive which i should have listed and he deserves many an award the Welsh Cowboy is a must read, Frog On The Pumpkin...read it now>

OK i guess i have to give 7 facts about myself *sigh* it just ruins the mystique of your humble head Banana.
1) I'm a High School dropout (for various reasons like mental meltdown) but i pretend to be a genius and i iz sef-ederkated and all pseudo like.
2) I suffer from crippling panic and agoraphobia at times but you gotta laugh at it, if i wasn't housebound at times i'd have never made it to the internet and met all you wonderful peoples!
3) Never been married (yeah like that's a surprise) but have a girlfriend (Now that IS a surprise).
4) I created #DrWhoChat on IRC over 13 years ago and it's still open, you can find it on Anime-Chat.com these days.
5) I have huge collections of comic books,books,vinyl records,DVDs and Doctor Who stuff.
6) I'm a Dragon (no really..see the wings?)
7) I'm a true native Floridian, my family came here over 400 years ago.