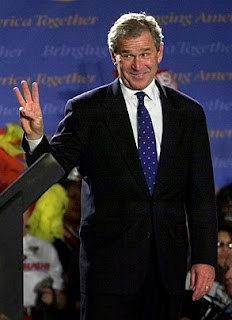 We're still feeling the effects of 8 years of the worst President ever, naturally the extreme basement dwelling right wing neo-con teabagging republican self-righteous do nothing politicians and bloggers are blaming President Obama for Bush's foul-ups (can anyone say "Oil War"?).
History and fact have and will prove Bush jr is the worst President this country has ever had but reality is seldom a concept that these people deal with.
God Bless America for being a free country and these wing nuts have the right to speak their lies but we have common sense and don't eblieve them.
Posted by Drake at 9:07 AM