I can't Feel My Face

I Can't Feel My Face

I Can't Feel My Face

I guess not when you get clobbered by a flying watermelon. Amazing Race started last night and i'm already thinking it's going to be one of the best seasons. Phil told the teams it was going to be faster and harder, so i guess that's why we have no old team or chubby team this season. Driving in the English countryside seemed to be the hardest task for a few teams ( also the wrong/right sided driver's door caught a few ), one team kept going around Heathrow looking for Stonehenge.

And the Biker couple have to be the dumbest team ever on the show...they couldn't anything, didn't know what a battlement was and asked one of the performers at the castle "Are you a battlement?", didn't know they had to punt across a river in a small midevil boat and then when Phil asked them what country they were in Biker Chick said "The country of London?". Only a miracle saved them from elimination this week.

I love the Amazing Race especially when it's in the country of London. :)
Posted by Drake at 10:43 AM 3 comments:

did this get through, can anyone see it?
Posted by Drake at 4:23 PM 2 comments:

The Green Slime is finally coming to DVD but as a made to order DVD from Warner's. It's worth it for the higher price and seems this will be the only to get the film on DVD. I love this kooky all american cast Japanese SF film with rubbery evil aliens taking over a space station more than i should.

Would have put up a pic of the film's poster but blooger has screwed around with how you add a picture and i couldn't upload.
Posted by Drake at 11:35 PM No comments: 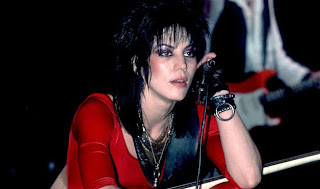 A big happy birthday to Joan Jett!
She turns a rockin' and youthful 52 today.
Thanks for keeping Rock & Roll alive.
Posted by Drake at 9:13 AM 1 comment: 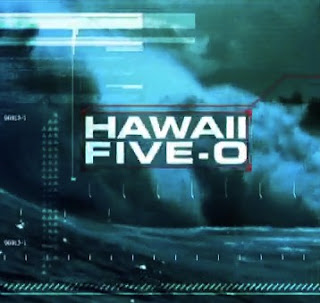 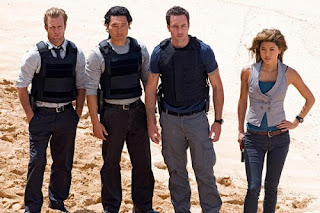 I watched the remake/reboot/rewhateveryouwanttocallit of Hawaii Five-O and thought it was ok but it didn't really grab me and make me think it was classic like the original. I know it's the pilot and like many pilots it had a bad case of "Pilotitis" where they tried to put introductions in for the main characters,create a new villian,explain how Five-O gets created...too much for a 42 minute show.
The original pilot for the original series was a movie of the week and didn't explain much and just had Five-O off and running, implications that the Five-O had been around since McGarrett left the Navy sometime in the early 60's but really in 12 seasons it was never explained and you know they didn't have to.
Another thing about the new show is Hawaii seemed to take a back seat to all the roller coaster camera work (sea sick cam as i call it) and artsy fartsy editing, Hawaii has always been one the key elements of the original show.
I hope they get their groove in place and the show gets better and drops the esemble style they seem to be going for, the show really just needs one main strong character and that's McGarrett and the other characters will grow and make a fine program, that's how they did it before.

A big thanks to all who read and liked my Top TV show post and a warm welcome to my new followers!
I know i could have added 10,20 maybe 30 more shows to the list, a lifetime spent watching tv and i don't regret a minute of it. :)
Posted by Drake at 10:37 PM 1 comment:

The Avengers - the best spy show ever, Steed and his many partners fighting spies and evil masterminds. British tv at it's best.

Doctor Who - the greatest science fiction show ever and the longest running, first saw it in the early 70's when Jon Pertwee was the 3rd Doctor (they're up to Doctor #11).

Hawaii Five-O - the remake starts tonight on CBS, 42 years to the day after the original's pilot was aired. Jack Lord led a crack team of cops fighting crime in paradise. Show lasted 12 years.

Big Bang Theory - My current fave series, the writing and acting are all great and it's funny.

Upstairs Downstairs - British soap set in the early 20th century about the Bellamy family and their servants. I hear Jean Marsh is bringing the series back, she created the original and played Rose.

Addams Family - the family i should have had, wonderful, creepy, ooky...you know the perfect family. The Munsters have aged a bit but the Addams Family is a timeless and very funny comedy based on the Charles Addams cartoons.

The Amazing Race - my favorite "reality" "game" show. The idea of running around the globe for money has always appealed to me (being a semi shut-in).

Mystery Science Theater 3000 - What can i say, one of the few shows that can make me laugh out loud over and over again. Mike or Joel and the bots watching bad movies and making wisecracks...i mean it's like this show was made just for me!

Monty Python's Flying Circus - the series that warped my sense of humour, they are to blame for the smartarse i am today. It's a dead parrot...no it's only stunned...

Have Gun Will Travel - probably the best western ever made for tv. Starring the late great Richard Boone as Paladin. Thoughtful scripts and great acting, a thinking person's western but still with plenty of old west action.

I could go on and on with more great tv shows but only could list 10. I recommend all of these shows and all are on DVD i think.

I should really start posting more.
Posted by Drake at 3:54 PM 2 comments: 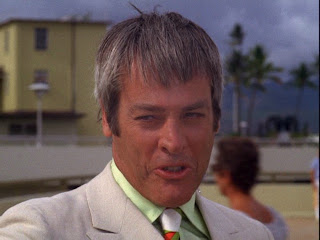 Kevin McCarthy has passed away at 96. He always seemed ageless. Great actor, he'll be missed.
Posted by Drake at 5:13 PM No comments:

Let's head to the future, it's 1970 and Aliens are attacking...we need SHADO!