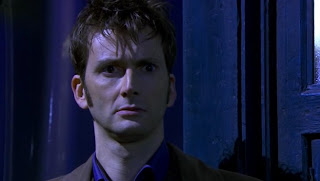 Interesting news, David Tennant (the current, soon to be ex-Doctor Who) has a new job :

"NEW YORK -David Tennant is the new host of PBS' "Masterpiece Contemporary."
Tennant will make his debut on the long-running public TV anthology this fall, its producing station, WGBH, announced Wednesday.
The 38-year-old Scottish actor, who follows past "Masterpiece" hosts such as Alan Cumming and Laura Linney, played the title role in the long-running BBC sci-fi series "Doctor Who." His screen credits include "Harry Potter and the Goblet of Fire."
"Masterpiece Contemporary" returns on the Public Broadcasting Service in October with "Endgame," a drama about the final days of apartheid in South Africa starring William Hurt and Jonny Lee Miller. It premiered at this year's Sundance Film Festival.
The "Masterpiece" series began as "Masterpiece Theatre" in 1971, and now also encompasses "Mystery!" — a public TV fixture since 1980."

I wonder if this is a move to the US market for him, American movies and tv work?
Posted by Drake at 9:41 AM