Looks like Coca Cola has made their biggest blunder since "New Coke" with the Holiday all white Polar Bear cans. It's caused confusion with the faithful coke drinkers out there who've had trouble finding regular Coke on the shelves next to Diet Coke which has a similar color scheme.
One thing Coca Cola needs to understand is that they're not Pepsi and you don't mess with the tatse,look of regular Coke. Coca Cola has stopped making the white cans will have the polar bears on the regular red colored cans starting next week ( the white cans were supposed to have hung around until Feb.). 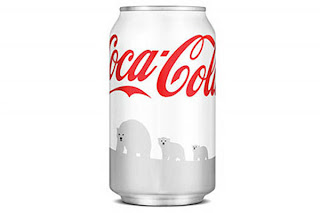 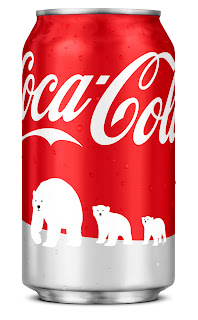 Help save the Polar Bears in either can, it's a good thing.
Posted by Drake at 9:24 AM