The End Of Time - Part One (Spoilers) 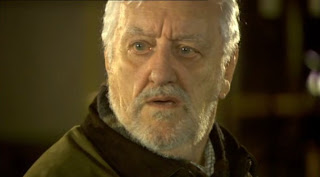 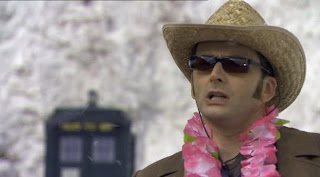 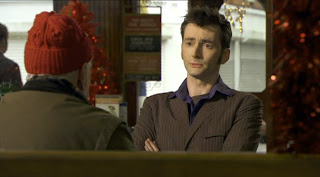 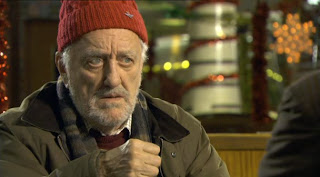 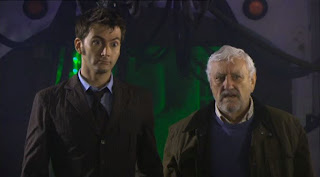 I am a long time Doctor Who (probably longer than some of you have been alive) and i can't tell you how much i've enjoyed the revival of the series. And now with David Tennant's and Russell T Davies aka Rusty's end with the series upon us, it's going out with a bang.
Sure there are things to nitpick and plot hole bunnies but it's the ride that's important and this is one hell of a ride to the end and the the new beginning with a new Doctor and Producer in 2010. Rusty and David are saying goodbye and both being fanboys of the show are giving their all.
I won't go into specifics but will mention what i liked.
Wilf, he needs his own series, why is he so important to the Doctor and is he something else?
Donna, to me she was the best companion the Tenth Doc had and i'm sure she'll have more to do in Part Two and like Wilf, who is she really?
John Simm, more OTP than the last time as the Master!
The return of the Time Lords and Gallifrey, knew this would happen or will it? Is he Omega? and who is the mysterious lady "helping" Wilf?
And of course David Tennant, if it weren't for Jon Pertwee he'd be my favorite Doctor, the man is one damn fine actor.
Rusty you bloody bastard how can you make us wait a week for the next part! LOL

I'm damn proud and still excited to be a Whovian.
Posted by Drake at 4:08 PM